Robert: It has been a fairly normal Friday for us. Of course there is a new layout this year, so I had to get a feeling for the braking points and the lines, but to be honest it only took a couple of laps. We then evaluated a new front wing, but we will probably use the older spec for the rest of the weekend. In the afternoon we worked on the set-up just to get a feeling for the car, but I think we will stick with the settings we had this morning. The new part of the track was dirty and slippery because it was quite windy and there was a lot of dust. There is also a huge bump in turn 11 on the new tarmac, which is quite surprising for a new section of track.

Vitaly: One of the most important things today was to learn the new part of the track, which is quite interesting. However, there is a big bump at turn 11, which is a very quick part of the track and this was causing problems for a lot of cars. Once I had learned the new section, I started to work on the set-up and we changed quite a bit between FP1 and FP2 and found an improvement with the balance. We will continue working this evening and looking at the data to be ready for tomorrow.

Summary of the day: Today was quite a challenging day, but I think we can be fairly happy with the work we have completed with both cars. We had a productive morning and changed a few things on the cars over lunch, but it was much hotter and windier in the afternoon and we didn’t find the improvements we expected.

New part of the circuit: The new part of the lap is particularly slippery and the windy conditions were blowing the dust about, which is why the track wasn’t really cleaning up as we would normally expect. The new tarmac also seems pretty bumpy, so we’ve been playing a lot more with the ride heights, especially raising the front to improve the car’s handling.

New developments: We brought another front wing development, but it does not seem as suited to the high-speed corners here as we would have hoped. It was an improvement in the low-speed sections, but not overall lap time. 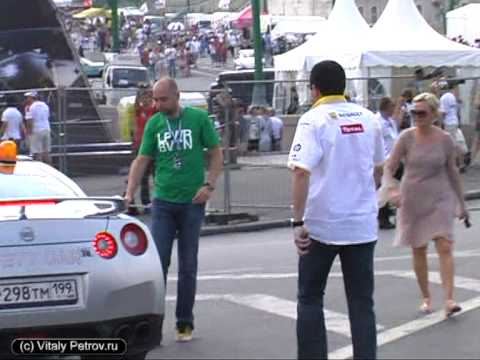