On January, the 4th the meeting between Director of Rostechnology State Corporation Sergey Chemezov, the owner of Sibur Company Leonid Mikhelson, Russian F1 driver Vitaly Petrov and his manager Oksana Kossatchenko took place in the presence of Russian Premier Minister Vladimir Putin. The head of Russian govermnent was informed that Vitaly Petrov will compete in Lotus Renault GP in the years 2011-2012.  The boss of Rostechnology and the main shareholder of Sibur Company confirmed their interest in supporting Russian driver of Formula One World Championship. Rostechnology and Sibur created recently the joint venture on tyre production. Sibur Company is developing its relationship with Total – old partner of Lotus Renault GP. The plan of wider introduction of Russian technological researches into Formula One was discussed during the meeting.
The participants of the meeting wishes the success and good luck to Kamaz Master driver who are leading now in Dakar Rally marathon. 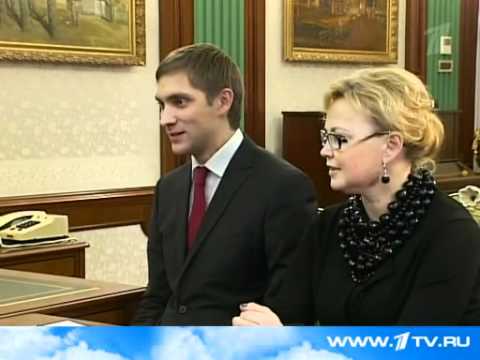