Robert: It was a very difficult qualifying session. We made the right choices with the tyres in the final part of the session, but when I completed my quickest lap on the slicks, I was happy just to have made it round without any mistakes because I was struggling to keep the car on the track. It was hard to get enough temperature into the tyres and our downforce level for the dry probably didn’t help in this respect – but it’s always easy to see what you could have done better after the session. We made the right calls today and it wasn’t quite enough, but I’m still hopeful that we can have a good race tomorrow.

Vitaly: I had a really difficult day yesterday and my mechanics and engineers did a great job overnight to fix the problems, and give me a car that I felt comfortable with in the wet conditions today. It was a really tricky qualifying session because the circuit was changing all the time, and it was getting drier and drier towards the end. In fact, we almost missed out in Q1 because we had expected rain early in the session but it never came – so we ran the whole session on a single set of tyres and I ended up only P16. Overall, I’m very happy to be back in the top ten, but there was still more performance to come on the dry tyres and we could probably have been higher up. In any case, I am confident we can have a good race tomorrow and I’d also like to congratulate Nico Hülkenberg who did a great job to take pole position.

Eric Boullier, Team Principal
It’s rather frustrating to only be seventh and tenth on the grid, after finishing first and sixth in free practice this morning in similar conditions, but we have to focus on the positives. First of all, I’m pleased for Vitaly because the crash yesterday was not his fault, and it’s good to see him back in Q3 for the first time since Hungary – and recovering his confidence in difficult conditions. With both cars starting in the top ten, we can expect to score a good number of points tomorrow.

Alan Permane, Chief Race Engineer
We’re very pleased to get both cars into the final part of qualifying and congratulations to Vitaly for putting together a solid session. If I’m honest, we’d hoped for a little bit more after our performance in the early stages of qualifying, but seventh is a still a decent starting position for Robert. We know we have a strong car for the race and hopefully we can score good points with both drivers tomorrow. 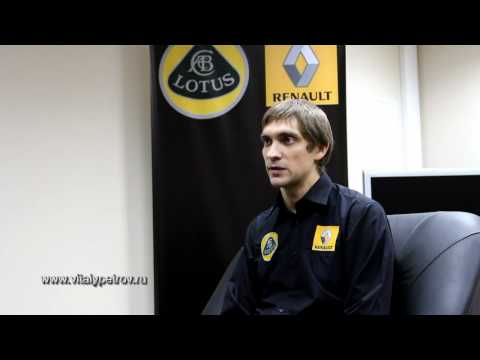