Robert: I got a great start and passed Hülkenberg off the line, then the two Red Bulls in the first chicane. After Hamilton went off, I was running fifth at the end of the first lap, and from that point on I was managing the gap to Rosberg in front and Hülkenberg behind. I knew that the pit stops would be crucial, and we took the decision to stop earlier than the cars around us. I think it was the right one, because from my out lap I was at least a second quicker, but unfortunately we had a slow stop and lost a couple of seconds. That meant Hülkenberg came out of the pits level with me, and we were wheel-to-wheel under braking. He took a defensive line through the chicane, which meant Webber also got a run on me through turn three, so I lost two positions. It’s disappointing, but that was our pace this weekend. We’re looking forward to a better performance in Singapore.

Vitaly: I knew it would be a hard race and, although I managed to pick up five positions on the first lap, it wasn’t enough to get me near the points. It’s very difficult to overtake here because the low downforce makes it tricky to get in the slipstream of another car. I think I did the maximum I could have hoped for this afternoon, but it was my first time here in Formula 1 and this weekend was all part of my learning curve. Hopefully, when I come here next year I won’t need to learn anything; I’ll just be able to show my best level of performance.

Eric Boullier, Team Principal
It was an extremely tight race today where every detail counted and the smallest mistake was penalised. The team did a good job with the strategy and we made the right call with Robert, but a slow stop cost us two positions. We must focus on getting all of these details right if we are to catch Mercedes in the championship, especially because they stretched their lead over us today. As for Vitaly, he had little hope of scoring points. He drove well but just could not make up enough places.

Alan Permane, Chief Race Engineer
It was a difficult day for us. Robert made an excellent start and gained three positions, but unfortunately at the pit stop Hülkenberg got in front of us and we then lost another place to Webber in the same fight. Vitaly did a credible job to come from P20 to P13, but scoring points from that far back is always very difficult. We now look forward to going to Singapore, a track that I’m sure will be far more suited to our car, and where we hope to challenge at the front.

Rémi Taffin, Head of Engine Operations
We were missing a little bit of pace today compared to Rosberg and the top three teams, and unfortunately we lost several positions during the pit-stop. On the engine side, it was more or less a trouble-free race. We used two brand new units, both performed well and I expect we will be using them again in Singapore. 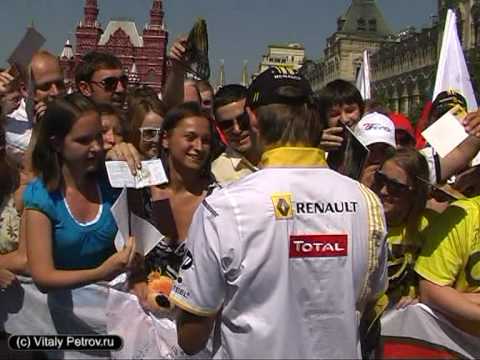