Event at Istanbul-Park turned out to be really special for me. In fact, I’d say it was most successful from the very start of the season. Yeah, I finished 7th in China – that was pleasure and well deserved result. But there were raining, which is completely different matter.

As for Turkey, week-end went my way from the beginning – up to clash with Alonso, of course. It was such performance that I’m aiming all my life. It was long way in GP2 to win in dry conditions – and finally I’d achieved this. And now we fought in Top-10 of Formula 1 with Mercedes GP and Ferrari. After a row of misfortunes it was really important – for the team and for myself even more.

I was able to keep Robert’s pace all days and all sessions. I had some accidents in practices and qualifying before – our latest updates were damaged and I was forced to use older details in races, with the car definitely lacking speed and downforce. In Turkey I kept R30 in one piece – and result was there.

To say more, at Istanbul-Park the car made me completely confident. It was nice to drive – maybe for the first time in Formula 1 I was so impressed and so satisfied with R30.

I spent most of race distance in a sandwich between two Ferrari cars. But first of all I competed with myself, trying to do every lap better and better.  I considered Felipe Massa who was in front, not Fernando Alonso behind, as my main rival. I tried my best to close the distance between us and possibly attack Brazilian despite Ferrari was a bit faster. I increased my speed every lap – but he did the same.

It was not evident for TV-viewers, but at some time rain began to fall from 9th to 12th turns. It was rather strong to force us to be careful in turns and on braking, while not affecting straightline speed. It allowed me to catch Massa, who was really cautious. I tried not to risk in excess, but knew my abilities well.

It was very enjoyable to see a lot of Russian fans on stands, they supported my strongly with all their flags and banners and so on.

Now it’s time to look forward to Montreal – I never ever raced there, but listened a lot about Gilles Villeneuve circuit. 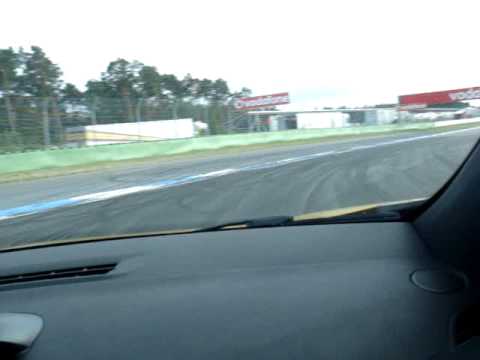